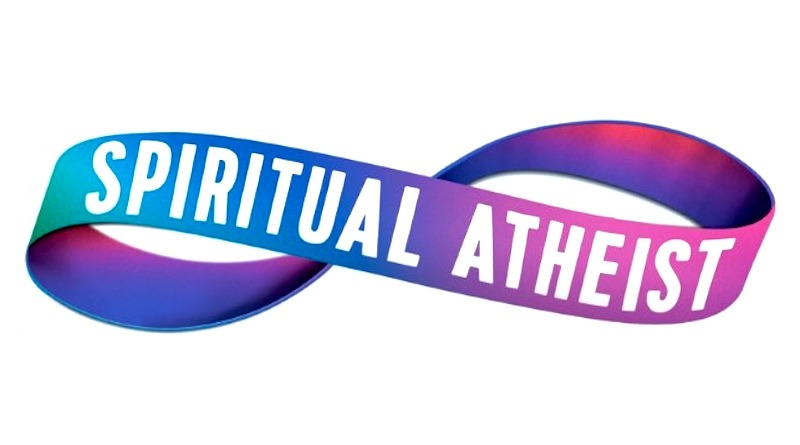 The unresolved debate between atheism and spirituality has been stretching on since the beginning of time. Coming up with a perfect definition for atheism or spirituality could be a pretty difficult task. In fact, neither of these terms can be defined to such an extent that it would satiate the human mind and soul.

True that without religion, faith and spirituality, atheism would cease to exist. But how far has atheism come along in the 21st century? Is it still set on the singular theory that denies the existence of god, or has it evolved since?

Would it be safe to assume that atheism has much more going on around it than merely turning a blind eye on belief? A more accurate question that could be asked is whether atheism can pursue spirituality, without pursuing god along with it?

If you look at many of the things, which form the base of a religion with an open mind, you will realise how they make sense even without the religious connotation. All they do is throw light on many of the aspects in life. In a nutshell, they basically teach us our place in this universe and how we fit in along with other fellow beings. Even if we take god out of the equation, this will remain unchanged, except for the fact that people will not be doing good so that they can please god and end up in heaven- instead, they’ll be just doing good because they felt like it.

Hypothetically, if that is the case, isn’t atheism providing you all the existential information you need, minus the pressure of being good under god’s magnifying lens? Is that not easier than living in fear of god’s wrath all the time?

If so, is atheism better than having faith?

But many atheists refuse to agree to this theory too. If atheism is only confined to refuting the existence of god, then it is time its community members opened up their minds a bit farther. Numerous atheists feel that they lack something in life. They are astounded by the comfort that believers savour, cocooned by the bubble of faith and love. Gary Bryson, a writer and a lifelong atheist talks about how he envies believers. He points out how he has wondered if he does not have what it takes to experience the presence of god, something that millions can so easily identify with, and have embraced.

It is not just Bryson that is irked by these thoughts. In fact, this is something every atheist should think about. It is high time that they pondered upon their life choices, and how the world can benefit from it. In one of his articles, Bryson raises the question of the possibility of gaining spirituality, despite the lack of faith.

So, is it possible?

Many belonging to the atheist community strongly feel that celebrities who have proclaimed themselves the ‘new’ faces of atheism are partially groping in the dark. Richard Dawkins, for example is one of these ‘New Atheists’. Dawkins is so much focused on resorting to science to prove that many of the Biblical instances and revelations are false. But that does not really take us anywhere. Sean Illing, another writer and rooted atheist, is of the opinion that Dawkins’ claims are a bit off- key.

Not everything is quantifiable. It is true that science is proven and always produces guaranteed results. It is also known that science is based on facts and accuracy. But there are many areas where science proves to be useless. It is unable to find the answers to the complex questions regarding the inner meaning of life and existence. It cannot tell us who we are or what our purpose on earth is. Science cannot give answers to things that cannot be measured.

It is convenient to prove things wrong 🙁 If the New Atheists are unable to come up with explanations for all these questions, sans the existence of god, then their perspectives are still clouded by cobwebs. It is certainly convenient to ride on theories that have existed for centuries. It is also convenient to prove things wrong. The toughest thing to do is coming up with new ideas and finding solutions to things that you proved wrong. If the atheists cannot find answers to the existential questions, then they will have no ground to point out to the faithful section of the society that religion is not the sole path to righteousness.

This brings us back to the question, “Can spirituality exist without the existence of god?”

Sean Illing feels that spirituality does not belong with religion alone. When people hear the term ‘spirituality’, they naturally tend to associate it with religion. This does not have to be so. The lack of clarity of the term is another reason why is difficult to catalog it to a particular section. Spirituality is something every human body possesses, despite their religious inclinations. It basically means getting in touch with your inner being. So it is definitely possible for atheists to pursue spirituality.

Chris Ashcroft, an ex-Baptist minister strongly feels that atheists too can experience the spiritual realm. It is perfectly normal, or in many cases, necessary. It is impossible to exist in this universe if you fail to have a sense of awe towards things bigger than you. Religious members channel their awe towards god.

But what do atheists do with their sense of awe?

The answer is ‘nature’. The beauty of a sunset, the brilliance of the stars, the vibrant colours of a rainbow, the miracle of life and death- all these topics ponder atheists to think further. Nature is what urges atheists to ask questions, pursue inner meanings and look for the bigger picture of their existences. As Ashcroft pointed out, man cannot exist without the idea of something bigger connecting everyone and everything around him. This is where nature comes in, as far as the atheist community is concerned.

The atheist idea of spirituality is very closely tied to the wonders of nature they witness. It makes sense, as once god is out of the picture; earth and the numerous mysteries of the universe gain more importance in life. If you stopped thinking about afterlife, you would definitely focus more on your current existence and about your place in this world. When god is not the ultimate answer to everything, the questions would seem to loom bigger than the answers, just like the narration of a story becoming more interesting than its climax.

Ailsa Piper, the author of the book ‘Sinning Across Spain’ gives us a different take on this subject. Piper too agrees that atheists can have a spiritual side. She relates spirituality to pursuit. It is all about the mystery. Once you find the answer, your journey comes to an end, thus robbing you of your purpose. So it is better to be on a constant search. Piper talks about how she would like to try believing in god- but she is scared of losing a part of her when she finally does believe. Most of the atheists like this open ended nature of life- to not have all the questions answered for them in the name of god. Piper speaks about her transcendental experiences encountered on top a cliff, post a 1,300 km walk. She remembers how minute she felt when she stood atop the cliff, thus forming a different perspective about life and her place in the world. Such realisations can be made possible only when one is in touch with one’s spiritual self.

If so, aren’t atheists in a way, pilgrims?

Atheism should never be confined to the blind refutation of god and religion. A person who knows nothing about religion cannot call himself or herself an atheist, as he/she does not know what/who is being refuted. Similarly, someone who does not ponder upon the bigger questions of life cannot be an atheist. There was a time when atheism merely stood for turning a blind eye on religion. Gone are the days when this was the axis around which the atheist community revolved.

Today, the atheists are learning to accept the greyer patches in life. They are gradually figuring out a middle ground between religion and science. New atheism is all about relishing the mysteries of life, its beauty, understanding one’s place in the universe, pursuing the meaning of life. In a way, the new face of atheism is somewhat moving closer to existentialism and spirituality. It believes that life is a journey and that life is our only journey. Everything that comes after life is a mystery and atheism prefers to keep it a mystery.

Well, don’t you agree that it is better to not have the answers to some questions? 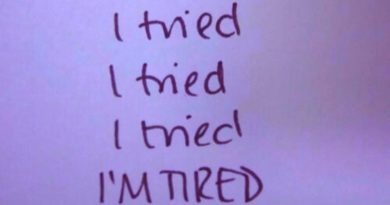 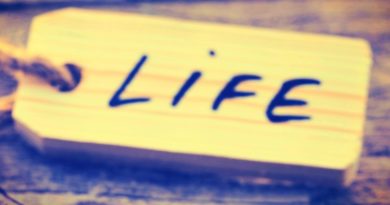 Why is the world the way it is? Why the suffering?? 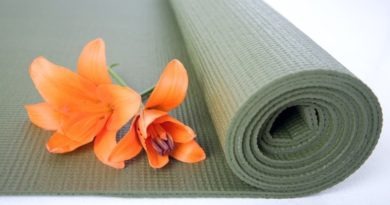 Movement brings life back to a natural setting

Ketogenic Diet should be part of Cancer patients and Cancer survivors. People suffering from Diabetes and Weight Gain also use Ketogenic

There is a mention of Prana, Pranic energy and Pranayama in the Holy Scriptures. Bhagavad Gita– the Holiest of Indian

Crown Chakra… The Master Chakra. Every element of all the chakra is here… We are all One… ‘The Infinite Reality’. The person

Yoga, Pranayama and Meditation for Anxiety

Yoga, pranayama and meditation are tools for anxiety disorder. There are many types of anxieties viz. panic disorders, social disorder, specific