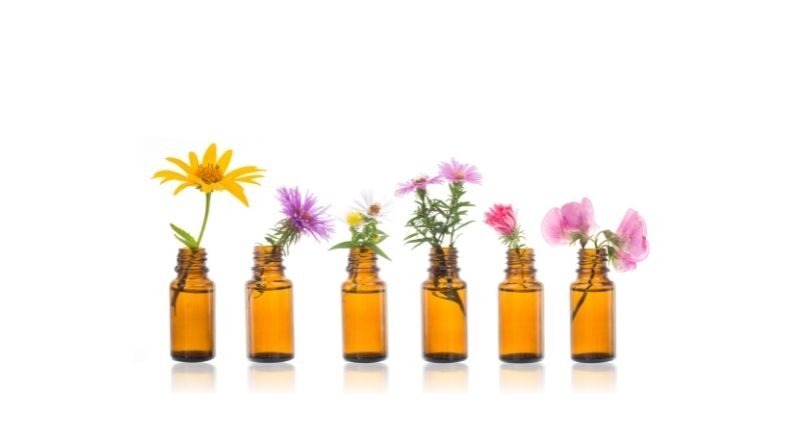 Bach Flower Remedies were invented and developed by Dr. Edward Bach; a medical doctor, bacteriologist and home­opath. He decided to leave his medical practice and focus more on homeopathy. He began conducting research on plant essences and their effect on humans.

The Bach Flower Remedies are made out of watered-down extracts from the flowers of wild plants.

Arriving at a conclusion from his research, Dr. Bach claimed that certain flower essences led to self-healing, as they purified the patient from the negative elements which immensely affected their health.

With the help of 38 flower essences, Dr. Bach succeeded in healing patients, taking into consideration their individual emotional states. Bach Remedies are effective when used in combination. Dr. Bach classified 38 flowers from which he extracted 38 essences. These 38 flower essences are known as Bach Flower Remedies.

The remedy is not focussed directly on physical symptoms, but instead on the emotions that trigger the resultant manifestation.

These flower remedies are solutions of flower/plant extracts in water and brandy. The solutions are composed of a mixture of water & brandy in the ratio of 50:50. This solution is known as mother tincture.

Solutions available in the shops are dilutions of mother tinctures into other liquid, which is mostly alcohol.  Because of extreme dilution, the solutions fail to have any characteristic taste or smell of the plant or flower. They are preserved in grape based brandy.

1/6. Aim of the Healing Remedy

Bach flower remedies are claimed to contain vibrational or energetic nature of the flower which is transmitted to the patient.

The aim of Bach Flower remedies is to alter the negative emotions and eradicate the defective traits in such a way that the patient attains peace of mind and contentment.

These flower essences helps in tackling anxiety, stress, anger, guilt, fear, hatred, depression, worry and several other distressing feelings that interferes with the normal equilibrium between the mind & the body.

These essences help in enhancing the emotional and mental state of the patient thereby, restoring balance between the body & the mind.

Bach Flower Remedies work on the premise that they help to bring back core happiness and peace to the patient thus, enabling the body to heal itself.

Dr Bach claimed that the early morning sunlight passing through dew drops present on flower petals transferred the healing power of the flower onto the water.

Hence, he would gather the dew drops from the flowers and store the dew with an equal amount of brandy thus, producing mother tincture. This mother tincture would be further diluted before use.

Later, he realised that the quantity of dew he would collect was insufficient. Hence, he decided to suspend flowers in spring water and allowed sunlight to pass through them.

He further suggested an alternative method of preparation by boiling the flowers and termed the resultant solution as mother tincture which could be further diluted before use.

Bach Flower Remedies are not indicated for physical symptoms, but there are chances by their use the body may heal itself of physical symptoms as the patient attains a balanced mental state. Selection of remedy is based on the individual emotional states. Treatment with Bach Flowers can be combined with treatment by any other systems of medicine.

Each flower essence is used either alone or in combination along with another essence, depending on the demand of the case. Every flower imparts specific qualities. Remedies are to be consumed orally.

The suggested dosage is three to four drops, four to six times a day or as per the requirement, maximum upto six weeks. These drops are to be taken directly on the tongue.

Bach Flower remedies are natural, non-additive and non-toxic hence, they can be safely used even in children.

Difference between Homeopathy and Bach Remedy

Bach Flower Remedies are often termed as Homoeopathic as these flower essences are extremely diluted in water. But as a matter of fact, they are not homoeopathic as they do not follow any of the principles and doctrines of Homoeopathy.

Contrary to Homoeopathy, there is no proving of these essences performed. Bach remedies are not prepared by the process of potentiation. They are prepared by mere exposure to the sun or by boiling.

[5] What is Biochemic system of Medicine?

[7] Difference between Biochemic system and Homeopathy