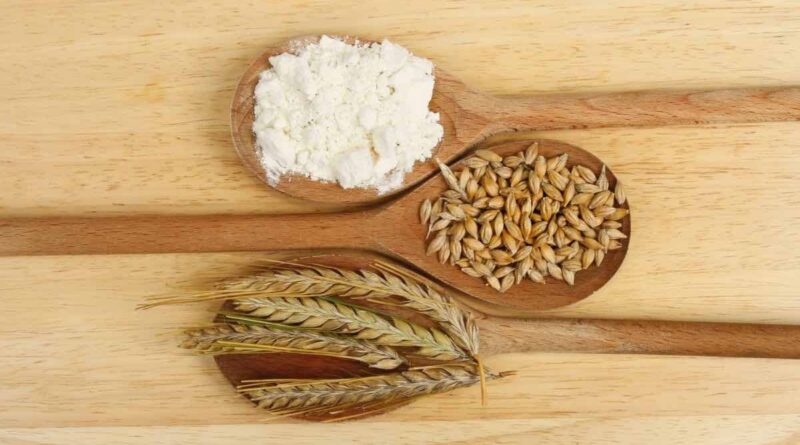 Barley (Hordeum vulgare), also called ‘jo’, ‘jau’ or ‘jyon’ in Hindi, is a food and fodder grain which is believed to have domesticated in the Fertile Crescent area of the West Asia.

The earliest excavations of barley is of epipaleolithic (pre-pottery) age and at the southern end of Sea of Galilee, dated back to about 10000 years ago.

From this region of West and Central Asia, it spread to India, Persia, Syria and other countries of the region. It is interesting to note that Barley beer is one of the first alcoholic beverages to have been developed by people dating back to Neolithic age.

Barley is one of the food crops which is mentioned in ancient India texts of Rig Veda and other scriptures. It is called ‘Yava’ in these ancient texts. Traces of its cultivation have also been found dated to post-Neolithic Bronze Age Civilisation and Harappa Civilisation, dating back to almost 5000 years from present.

Barley is grown as a summer crop in temperate latitudes and as a winter crop in tropical latitudes. Three varieties of Barley grown are – Hordeum vulgare, Hordeum distichum and Hordeum irregular.

In India, most important states for barley cultivation are UP, Rajasthan, MP, Bihar, Punjab, Haryana, HP and union territory of Jammu and Kashmir.

What are the uses of Barley?

Barley finds use as a food grain and also a fodder feed for livestock. As a food grain, it is ground to make flour. Barley or Jau flour is used to prepare different types of breads. It can also be malted which is then used as diastatic supplement for other bread flours. Diastatic process is the process of converting starch to sugar. When used along with wheat flour in baking, it adds softness to the baked product.

Barley flour is made from dried and ground barley. The flour is generally of two types – coarse and fine.

Coarse flour is made from groats which are milled to make it. Groats include bran of the grain and is same as hulled barley in which only the outer husk is removed.

A third type of flour, called Patent Barley Flour, is more finely ground and more of its outer layers are removed than in the Fine ground variety of flour. Patent flour is to be used as a feed for infants.

As per USDA, following table summarises the nutritional composition of hulled barley. As can be seen, it is rich in calories, fiber, essential minerals and nutrients which makes it healthy for human consumption.

The advantages offered by barley flour for the health of body are derived from its impressive nutritional composition. Some of these are enumerated below…

By making you feel fuller and enhancing satiety, it makes you control your cravings for frequent eating. This is possible because of the presence of fiber in barley. Barley contains both soluble and insoluble fiber.

Beta-glucan is a soluble fiber present in it. Once consumed, this compound forms a gel-like substance in gut, which slows down digestion and absorption of nutrients. This gives the feeling of fullness.

Insoluble fiber present in barley does not dissolve in water and adds to bulk to food. This resultant slowing down of digestion makes you feel less hungry, which means that you eat less and tend to lose weight naturally.

The insoluble fiber component present in barley flour helps in easing the movement of stool as it adds bulk to stool. This prevents constipation, irritable bowel syndrome, Crohn’s disease and inflammation. It is a guard against various diseases related to digestive and excretory system.

How barley flour reduces the LDL cholesterol is mentioned in the point above. The soluble fiber component is also able to reduce the blood pressure levels. With cholesterol down and hypertensive blood pressure also reduced, the risk factors to heart are minimised.

Magnesium plays a role in secretion of insulin and use of sugar in body. This reduces the sugar level of the body. Further, the insoluble fiber which slows down the process of digestion does not release sugar in blood. Both these factors play important role in controlling sugar levels, especially Type 2 diabetes.

One way to reduce the cholesterol levels in blood is to make liver use more of it to make bile acid. And, in order to do so, liver must have indications from the body that more bile acid is required. This happens when soluble fiber compound called beta-glucans bind themselves to the bile acids and liver requires more cholesterol from blood to secret bile acid. This not only reduces the LDL cholesterol and triglycerides but also increases the HDL (good cholesterol).

Barley reduces the risk of having a stroke. It is one of the best sources of phytochemical called tocols, which is known to have antioxidant properties and it nullifies the free radicals present in body.

Copper element present in the barley floor reduces free radicals which can cause inflammation. Copper is a required for cross-linking collagen and elastin which make the bones and joints flexible. This is particularly helpful for patients of arthritis and rheumatoid arthritis.

Consumption of barley has also been linked to good bone health. This is believed to be due to the presence of phosphorous in the barley flour. Dietary phosphorous has the ability to strengthen bones, cell membranes, DNA and tissues of nervous system. Besides, copper, calcium and magnesium further add to the bone strength and prevent bone-related problems, such as osteoporosis.

Barley comes with the package of some nutrients such as vitamin C, minerals and antioxidants, which are good for improving skin health, reducing pimples and wrinkles.

Antioxidants remove free radicals which are toxins. This has direct effect on skin health. It is also rich in selenium which improves the elasticity of the skin.

Barley contains certain nutrients for growth of hair, such as thiamin, Procyanidin B-3 and niacin and a number of other vitamins and antioxidants. Iron and copper help in enhancing red blood cells which reduces loss of hair.

Moderate intake of barley flour is good for pregnant women because of the several benefits it provides. These benefits related to health of digestive system, control of blood sugar, diuretic properties and other properties. However, doctoral consultation shall be taken for incorporating it in your diet.

Side effects of using Barley Flour

1/3. Barley is not free from gluten. Therefore, people who are sensitive to gluten or are suffering from Celiac disease shall shall avoid barley and its products. This can cause allergy reactions.

2/3. Diabetic people might have to adjust their medications since it lowers their blood sugar levels.

3/3. Constipation and Bloating- Excessive eating of barley adds too much of bulk which can lead to constipation and bloating. Therefore, moderate amounts shall be taken and disciplined eating is required.