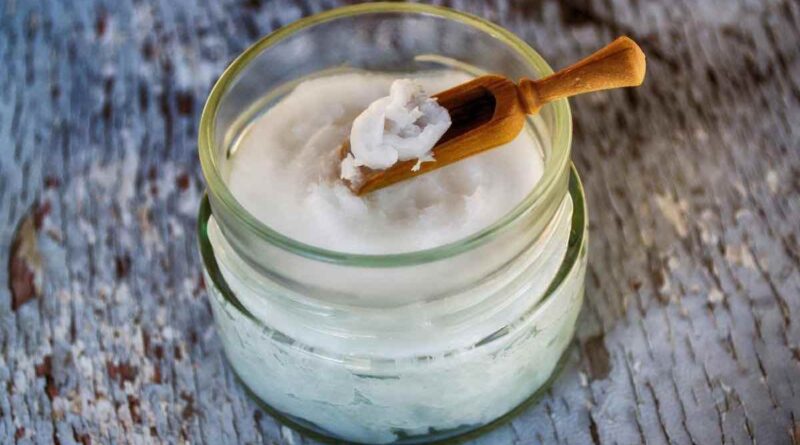 Adulteration of the edible items, including edible oils, is quite rampart in India. The only plausible reason which can be given for adulteration is the unscrupulous profiteering, without any consideration to ethics or human safety. Quite naturally, it is the expensive oils which are adulterated with the rather cheaper oils with the sole aim of gaining more profits. Despite plethora of laws, regulations and enforcement infrastructure, adulteration does not stop. Coconut Oil is no exception either. Since it is most extensively consumed in the southern parts of India, most of the coconut oil adulteration instances are also reported from the southern states. The extent to which this is rampart can be gauged from the fact that FSSAI banned as many as 166 brands of coconut oil in 2018 in Kerala only including some of the most popular ones.

What is it that coconut oil is adulterated with?

1/2. Adulteration with other oils

While making desiccated coconut powder, the black skin of coconut is removed. This skin is dried and is also rich in oil but the oil is of inferior quality. The oil is refined before it is mixed with pure coconut oil, degrading the quality of pure one.

Many a times the millers do not separate the best grade coconut oil from the inferior one which is made from rotten copra. Therefore, this deteriorates the quality of the pure one as well but sells as pure in market.

How to test or detect adulteration in Coconut Oil?

Having known the different ways in which coconut oil, particularly the VCO, be adulterated, the question that comes to mind is how can it be checked?

FSSAI prescribes some easy methods to find adulteration at home level. One simple method is to pour the coconut oil in glass container and refrigerate it. Mind you, you do not have to keep it in freezer. If the oil is contaminated, it will be solidify in different layers.

However, the best way to determine adulteration is to test it in lab using the parameters of Iodine Value (IV). The medium chain triglycerides (MCTs) present in saturated fatty acids in coconut oil have IV of 6-10. Testa Oil has IV of 20, Palm Kernel Oil of 16-19 and of Cotton Seed of 100-117. So, if the IV value is found to be more than 10 while testing adulteration in coconut oil, it can be said to be adulterated.

The following infographic shows which testing methods are used to find different adulterants in coconut oil.

Adulteration is a contamination is not only of the purity of substance but also of the ethics and conscious of the people for achieving short-sighted objective of making more money and putting the health of consumers in grave danger. While FSSAI and other regulatory and enforcement bodies are doing their work, we, the consumers, shall remain vigilant against adulterators and help them bring to book.