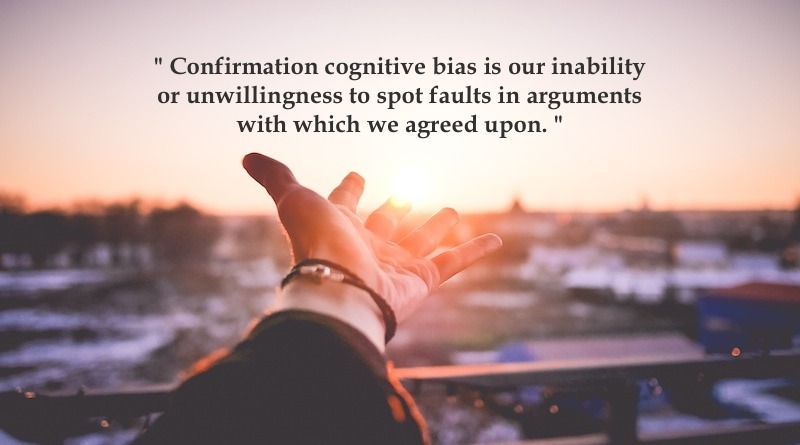 “Confirmation bias is the most effective way to go on living a lie.” Criss Jami

In psychology and Cognitive science, Confirmation Bias is a selective thinking that notices and looks for beliefs or values that reinforces individual’s own opinion and not to look for or observe those values that undermine or contradict the individuals pre-held belief system.

Full moon/new moon have evoked a feeling of dread and superstition in man cutting across cultures. A superstitious man working in a hospital may pay special attention to the number of accident cases coming in on these two days but will not pay attention to the number of accidental cases getting admitted other days. This selective thinking exemplifies confirmation bias. This strong held bias can usually lead the individual astray.

Was Jane Introverted or was she Extroverted

In a 1979 Minnesota study conducted by Mark Snyder and Nancy Cantor, People read about a week in the life of an imaginary woman Jane. Throughout that week Jane did something that firmly put her in the extrovert group and she went on to do some other things that placed her in the introvert group.

Afterwards when the group were asked whether she was fit for the other job, the group resisted the change and stuck to their original option.

With enough mental gymnastics, just about any fact can become misshapen in favor to one’s confirmation bias. – Criss Jami

Lets talk about another study conducted by Ohio State. The Ohio State study of 2009 showed their test group clips of the parody show, “The Colbert Report”. People aligned with conservative ideals consistently said, Colbert was only pretending to be joking and genuinely meant what he said!

Confirmation bias is a reality of the real world

Punditry or the age of Guru’s/Baba’s is a whole industry built on the confirmation bias. This people fuel your beliefs. They filter the views to align with world views. If their filtered views is your cup of tea, you love them and follow them avidly but if they prove to be vinegary, you loathe them and leave no opportunity to express your disapproval

Whether the Guru’s have solid evidence or whether their knowledge stems from scientific basis remains immaterial to you. You are looking for confirmation of your belief from them and not for information.

Over the years, you could become set in the iron clad knightly armor of your beliefs. Like a blinkered horse you are unable to see or refuse to see the other side. You slowly will lose your objectivity . To prevent that, set yourself some road bumps.

Be on the alert for traps of confirmation bias. Look for and at facts. Train yourself to think objectively keeping your inherent beliefs and prejudices at bay. 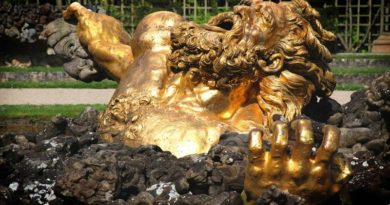 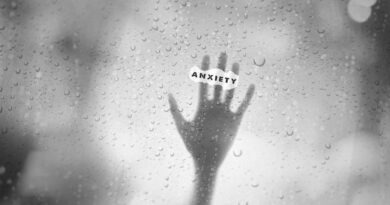 What are anxiety disorders?

Breathing can lead to a 2kg weight loss in a month

Improper Breathing trigger 80% of all ailments

Improper Chest breathing has been attributed to almost 80% of all new age health issues. We can live without food

Mantra Chanting is a tool for transformation

Mantra chanting is an age old spiritual practice that is a route to self transformation By chanting mantra, we are actually

Why does a relationship go bad?

How many times have you ever practiced the heartburn of a relationship gone bad? In the real world there are

One of the best and easiest ways to meditate is by being aware of our own bodily postures. Meditating on