Insulin is a hormone produced by the beta cells in the pancreas. With each meal, these beta cells release insulin to aid the body in storing or utilizing the blood glucose it receives from the food, into energy.

Diabetes is a serious metabolic disorder which is produced due to the impact of insulin. Diabetes disease can considerably affects the quality of life and can reduce life expectancy.

To control the elevated levels of blood sugar, the patient may require different types or doses of insulin. Insulin therapy plays an important role in the management of diabetes and it can even prevent diabetes complications by keeping the blood sugar levels within control.

There are three main features which differ in different types of insulin. The three features are:

Based on how quickly the insulin acts, when they peak and on the duration that they last; insulin is classified into different types.

Some of the types of insulin are:-

Insulin is accessible in varying strengths. Insulin strength is chiefly dependent on the dosage required by the patient. All types of insulin are available in a form which is dissolved or suspended in liquids which requires to be injected.

Insulin cannot be consumed as a pill as the pill would be broken down during digestion. Hence, for the insulin to get into our bloodstream, it must be injected into the fat under the skin. For the fastest delivery, insulin can be injected into the abdomen, for little more slowly into the upper arm and for the slowest delivery into the thigh or buttocks. The needle site for each shot should vary to avoid generating fatty deposits or hard lumps. The number of injections and the type of insulin required shall differ from patient to patient.

Some of the side effects of insulin administration are as follows:

For effective results, insulin should be stored properly. Some of the steps for proper storage of insulin are mentioned below:

An insulin pump is a tiny computerized medical device used for the delivery of insulin in the treatment of diabetes mellitus. This method is also known as continuous subcutaneous insulin infusion therapy. 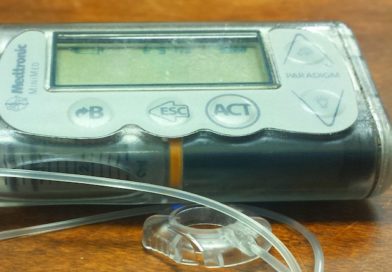 These pumps are small devices, which delivers insulin into the layer of fat, just below the skin. The pump can be programmed to deliver insulin every few minutes in small quantities. It can be programmed to either release small dose of insulin continuously or a bolus dose near mealtime to control the increase in blood sugar post meals.

This delivery system closely mimics the body’s normal release of insulin. The pump is programmed as per the requirements of the user. Only rapid-acting insulin is released into the body through a small, flexible tube.

These pumps reduce the requirement of multiple injections and user can make smaller and much accurate adjustments of insulin delivery. Blood sugar levels can be effectively managed with insulin pump. People suffering with diabetes can wear their insulin pump on their belt or can keep it in their pockets. Several people prefer using this continuous system of insulin delivery over multiple injections.

How do insulin pumps work?

Depending on the requirement of the patient, different types of insulin doses can be administered. Insulin doses are separated into:

It is necessary to check your blood sugar levels minimum four times a day, if you use an insulin pump. This shall help you in setting your insulin dose based on your food and physical activity.

Advantages of using an insulin pump:

How are Insulin pumps worn?

There are several options available when you have to make a choice of an insulin pump. The ‘ideal’ pump differs from person to person. Certain factors, which play a vital role in the selection of an insulin pump, are:

Factors concerning the patient related to the selection of infusion set includes:

Next Article: Home Remedies for Diabetes