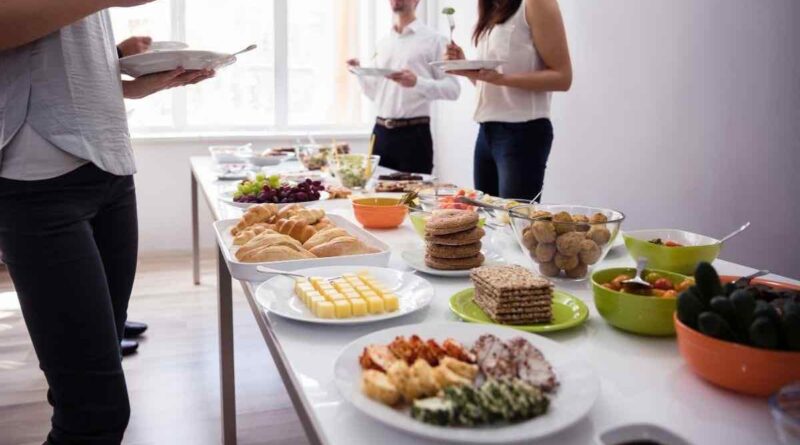 The way we eat has been the subject of many studies. Compared with ‘what we shall eat’, relatively little research effort has gone into ‘how we shall eat’. Whether sitting on ground is the right way, or sitting on chair, or even standing up – the answer to the question varies from culture to culture. A more recent trend, driven by the compulsions of the fast-paced life, is eating while ‘on the go’. Whether this modern thought is right or wrong is open to discussion.

Western countries opine that it is okay to eat in any way so long as you are eating slow and in right amounts. However, Eastern countries bank on the wisdom of their ancient civilisations to push forward the opinion that sitting on ground is best way of having food.

I never feel satiated when I have to eat standing ‘on-the-go’. My body and mind remains in a cortisol induced rush. I feel my digestion, for that day, is not optimised – Aashish Nanda.

We have already covered the benefits and pitfalls of eating food while sitting down, this article focuses on the advantages and disadvantages of having food either standing or ‘on the go’.

Advantages of eating food while standing

When you are standing, your body is burning calories due to a little exertion that it causes. On an average about 50 calories are burnt more than in normal condition while standing.

2/3. Food in stomach for less time

Further, in standing position the food does not stay in stomach for long and it moves down easily due to greater gravitational force. People who sit while eating and continue to remain so for long period of time are likely to have irritable bowel syndrome and other gastrointestinal issues. In that respect, standing position is considered to be better for having food. For this reason, it is advisable to stroll a little after having meals, especially in night.

One of the biggest advantages is that it significantly reduces the changes of gastroesophageal reflux disease (GORD). This is condition in which the contents of stomach return back into oseophagus through the cardiac or oesophageal sphincter. Therefore, it is not advisable to eat while lying or to lie down immediately after having food.

In a standing position, there is higher gravitational force being exerted on stomach and food which ensures that GORD does not happen. It is for this reason that people raise their heads by adjusting bed pillows when sleeping at night. You must have also heard parents saying that there shall be a gap of about 2 hours between last meal and sleep time.

Disadvantages of eating food while standing

In a standing posture there is more stress than in the sitting position. By being more stressful while eating, it activates the hypothalamic-pituitary-adrenal (HPA) axis and leads to increased concentrations of the stress hormone cortisol.

Secondly, the gravity forces blood down into the limbs. This means that the heart has to beat harder to bring blood back to neck and head.

Both these conditions, associated with standing, are likely to numb the taste buds and the food will not taste as good as it really is. As per a study, people who were standing and eating were not able to tell the difference in food when more salt was added to the food whereas the people who were sitting and eating were able to say that food was not tasty. This study also reinforced focus on vestibular connection (space, posture and balance) to the taste perception of food.

Further, standing posture does not lead to mindful eating because of increase in heart rate and blood pressure (as discussed above). When eating is not mindful, the speed is fast and they might either over-eat or eat less than what is required.

Judging by the pros and cons of the standing posture while eating mentioned here, it can be said that this is not the best option to do on a daily basis. If it is possible for the people to sit on ground and have food, it is the preferred choice.

[1] Eating Sitting on the Ground

[2] Eating Sitting on a Chair