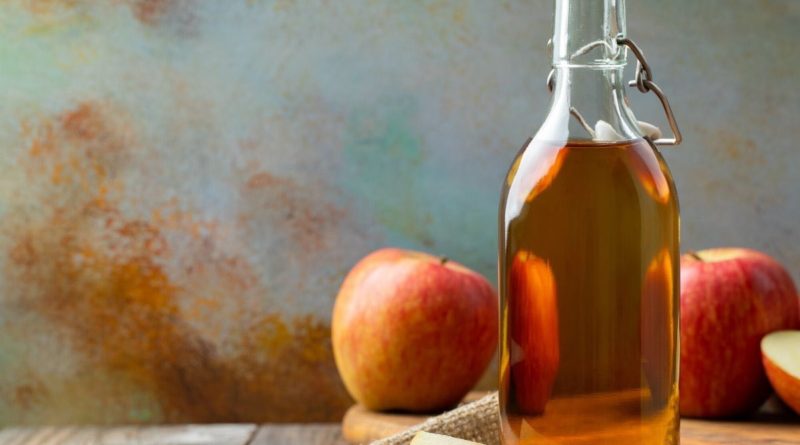 Apple cider vinegar (ACV) or cider vinegar is made from fermented apple juice. ACV, besides being a preservative and taste enhancer, offers heath benefits, due to the presence of anti-microbial, anti-glycemic and antioxidant properties.

Cider vinegar is made by crushing apples and exposing it to yeast and /or bacteria which is added to the cider. The natural sugar from the apple is fermented and turned into alcohol. In the second fermentation step, the alcohol is converted into vinegar by acetic acid forming bacteria.

The acetic acid content of apple cider vinegar reduces absorption of starches and slows the digestion thus, leading to a sensation of fullness. Thereby, reducing the intake of food leading to weight loss.

1. The germ-fighting property of apple cider vinegar fights against all infections thereby, soothing a sore throat.

1. The acetic acid in cider vinegar kills and stops the growth of cancer cells.

ACV, besides being a preservative and taste enhancer, offers research based heath benefits, due to the presence of anti-microbial, anti-glycemic and antioxidant properties.

How to use apple cider vinegar?

Apple Cider Vinegar can be used in different ways, some of them are as follows:

Take 2 tablespoon of apple cider vinegar to a big cup (300 grams) of water, 2 teaspoons organic honey (or cinnamon), 1 to 3 leaves of basil or mint, 4 strawberries or blackberries.

Mix all of them together and your apple cider vinegar mocktail is ready to drink.