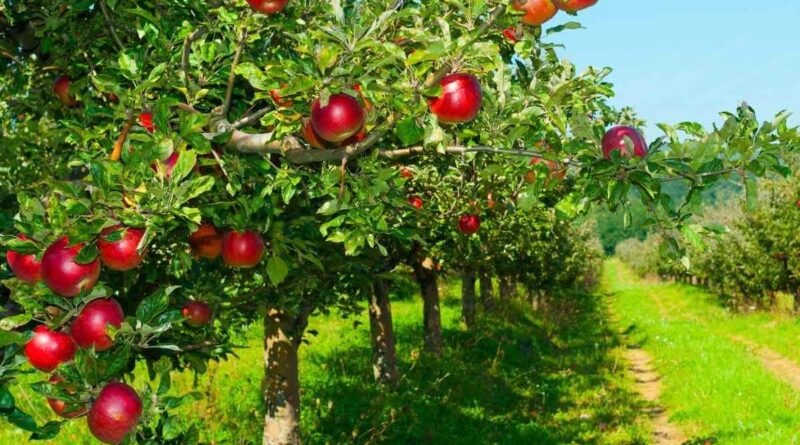 Apple ‘Seb” is an Indian fruit that is often addressed as a “miracle food” and a “nutritional powerhouse.” In fact, Ayurveda and other traditional medicine have been promoting eating apples due to its health benefits, for thousands of years.

Though finding mention in the writing of Amir Khusro dated 1300’s, present day Indian apple finds its lineage to Samuel Evan Stokes, an American, who settled in the hills of present day Himachal Pradesh and started growing them in 1900’s, although there are also reports that claim the present day apples were brought in India by the British in 1865.

Rich in nutrients and minerals, apple fruit is low in calories and also have no cholesterol or fat. Apple is considered to be one of the healthiest fruits a person can eat. The skin of the apple too contains certain nutrients hence, it is beneficial to consume the skin too.

Apple is a rich source of fiber, polyphenols, and vitamin C. They are low in calories and have no fat or cholesterol.

1. Fructose and antioxidant polyphenols present in apples enhance the metabolic balance and slow the rate of absorption of sugar thus, making apple effective in diabetics.

2. A class of antioxidants, Anthocyanin present in apples reduces the risk of developing type 2 diabetes.

3. Apple is rich in soluble fibre which blunts the blood sugar swings.

4. Flavonoids, antioxidants present in apples protect the cells from damage in the pancreas thus, help to regulate blood sugar.

1. Phloridzin, a flavonoid present in apples protects the post-menopausal women from osteoporosis and it may also increase bone density. It fights inflammation and free radical production which causes bone degeneration.

2. Another ingredient of apple, Boron also strengthens the bones.

3. The anti-inflammatory compounds and antioxidants present in apple help in promoting bone health.

1. Pectin, a soluble fibre present in apples binds with the fats in the intestine, thus, reducing cholesterol levels.

2. Pectin restricts the building up of cholesterol in the lining of the walls of the blood vessel, thus decreasing the risk of heart diseases and atherosclerosis.

1. The fiber and phytochemicals present in apples possess the antioxidant properties which restrict the oxidative stress that causes cell damage leading to the development of certain cancers thus, preventing cancers.

2. The natural fibre present in the apple ferments in the colon, producing chemicals that help fight the cancer cell formation in the colon thus, preventing cancer.

4. Consumption of apple lowers the risk of certain types of cancers such as breast, lung, pancreatic, and colorectal. It prevents the growth of new cancer cells and the spread of existing cancer cells.

‘Eat an apple on going to bed, and you will keep the doctor from earning his bread’ idiom was first coined around 1860. The same idiom is nowadays known as… ‘An apple a day, keeps the Doctor away.’

How to incorporate Apple in the cooking?

Apples can be consumed raw or can be cooked. They can be utilized in a range of dishes. They can be added to our diet in a variety of ways, some of them are as follows…

How to prepare Apple and Cranberry Chutney?

Bring the mixture to a boil, then reduce the heat and simmer it uncovered, for around 50 minutes. Stir continuously until the onions and the apples are tender, the mixture thickens, and there is no watery juice.

Add 500 gm of cranberries and cook if for another 10 minutes or until it softens.