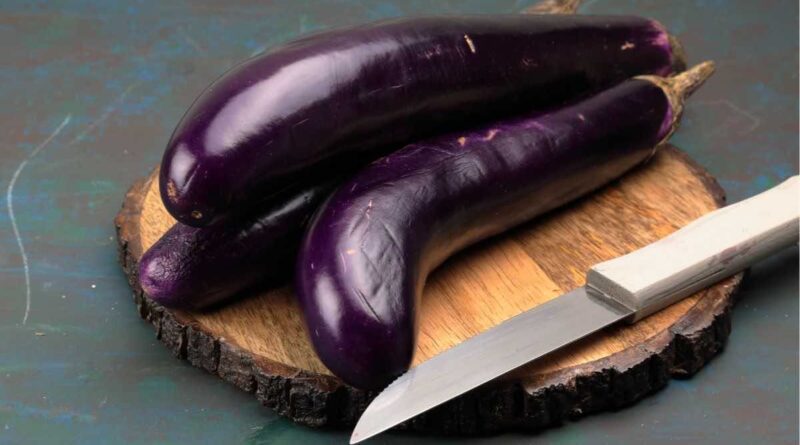 Brinjal ‘baigan’ as known in India, is not only an eggplants fruit, they are technically classified as a berry. Known to have been found in India, baigan are an integral part of the Indian kitchen due to its distinct culinary use, potential health benefits and the usage in traditional healing medicines.

Brinjal is also known as Eggplant, Aubergine, or Baigan is a vegetable that is low in calories and rich in fiber. They are available in different sizes, colours, and varieties. Brinjal with deep purple skin is quite common. The flesh of the brinjal is smooth and white. It contains several tiny, soft, and edible seeds which taste bitter. The thin skin of the eggplant is also edible hence; they do not have to be peeled. The calyx or the green part at the top has to be removed while preparing the brinjal.

1/5. Reduces the risk of cancer

2. Anthocyanins and chlorogenic acid present in baigan protect the cells from damage caused by free radicals thus, it prevents the growth of a tumor and the spread of cancer cells.

2. Chlorogenic acid, an antioxidant found in brinjals may reduce the levels of “bad” cholesterol.

1. The high content of fiber and low content of soluble carbohydrates present in baigan aids in regulating blood sugar levels and in controlling the absorption of glucose.

2. Fiber slows down the sugar absorption and controls the blood sugar levels.

3. The polyphenols in brinjal help control blood sugar levels by reducing the absorption of sugar and increasing insulin secretion.

Some research suggests brinjal to be as nutritious as as an egg. Rich in nutrients and antioxidant properties, eggplant contain a significant amount of fibre, vitamins and minerals in fewer calories.

How to incorporate Brinjal into the Diet?

To eliminate the bitterness of brinjal, it is essential to rinse, drain, and salt the sliced brinjal before cooking. They can be added in several different ways to the cuisine. Some of the ways by which it can be incorporated into the diet are as follows:-

How to prepare Crispy Baked Eggplant?

Preheat the oven to 375o and coat a baking sheet with olive oil. Set it aside.

Take 2 large eggs and whisk it with a tablespoon of water in a shallow bowl.

Take 4-5 small to medium-sized brinjals and cut them into thick rounds.

Dip the brinjal slices into the egg mixture.

Dredge the dipped slices into the Parmesan mixture.

Transfer the coated slices onto the baking sheet.

Bake until the slices are golden brown on the bottom, for around 17-20 minutes.

Flip the slices and continue baking until lightly browned on the other side too.

Remove from the oven and serve it.