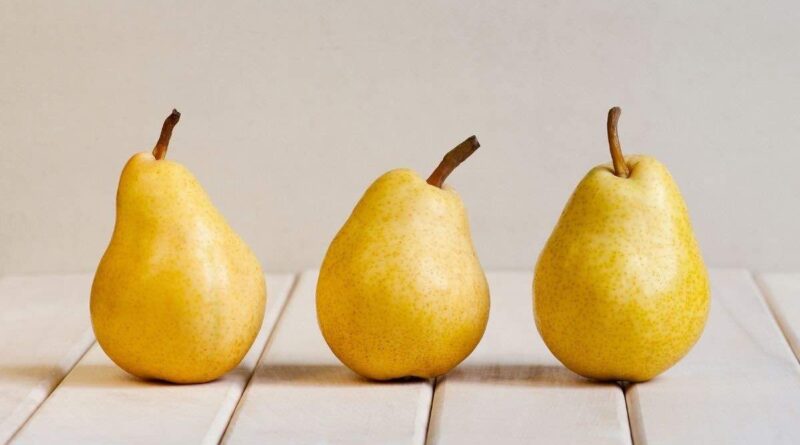 Pear ‘Nashpati’ origin still remain a ‘to be researched’ topic. It is claimed to have originated around 55 million years ago, dried pears have been found in the Swiss caves dating back to the last ice age (last 2.5 million years to probably still ongoing).

Whatever the mystery around its origin, the present day pear is known to have originated in China and has been documented well by the early British explorers, who came to India around the early 16th century.

Though grown in abundance in India, pear remains one of the biggest imported fruit due to India’s appetite for its consumption. Besides being a culinary must have, pear also offer some very well documented health benefits.

Pear is also known as Nashpati. They are mild sweet fruit with a rounded bottom and slightly thinner top half. Nashpati has yellow-green outer skin and white, soft flesh. The skin and the flesh both are edible. There is a small core in the centre of the fruit which is fibrous and inedible. It contains more inedible seeds. Pear is a mild, sweet fruit.

Pear contains a range of nutrients. It is a rich source of fiber. They are relatively low in calories and contain no added sugar and fats.

1. The low glycerin index and the high fiber content of pear help in preventing diabetes and in controlling the blood sugar levels.

2. The fiber content of pears slows down digestion and offering more time for the body to break down and absorb carbs.

1. Vitamin A and Vitamin C content of pear act as an antioxidant against the free radicals in the body thus, preventing cancer. The antioxidants kill the cancer-causing cells in the body.

2. Flavonoids and cinnamic acids found in pears help in decreasing the risk of cancer.

2. It prevents and treats debilitating conditions and bone mineral loss.

1. Pear contains a high content of anti-oxidants such as vitamin C and copper, which aids in boosting the immune system of the body to fight against various diseases.

2. The antioxidants stimulate the production of white blood cells, which makes the immune system.

A lot of new age research point towards pear being a must have fruit for diabetics searching for healthy weight loss options. Pear is rich in anti oxidant properties, is rich is hight grade fibre and is low on glycemic index. It can make one feel satiated for a longer duration…

How to incorporate Pear into the diet?

Pear can be consumed as a whole directly. They can be either roasted or poached. Pear can also be incorporated into the diet in several ways which are as follows:-

How to prepare Saffron-poached pears?

Take 4 peeled pears and put them in a bowl of water.

Take in a saucepan 600ml of water, 250 gm of caster sugar, a pinch of saffron strands, 5cm piece of cinnamon stick, 5 green cardamom pods, and 2-star anise. Bring it to boil, stirring it so that the sugar dissolves.

Simmer the syrup for 5 minutes. Add the pears, reduce the heat, and poach it for approximately 15-20 minutes covered, until the pears are tender. Remove it and let it cool.

Serve with any ice-cream.