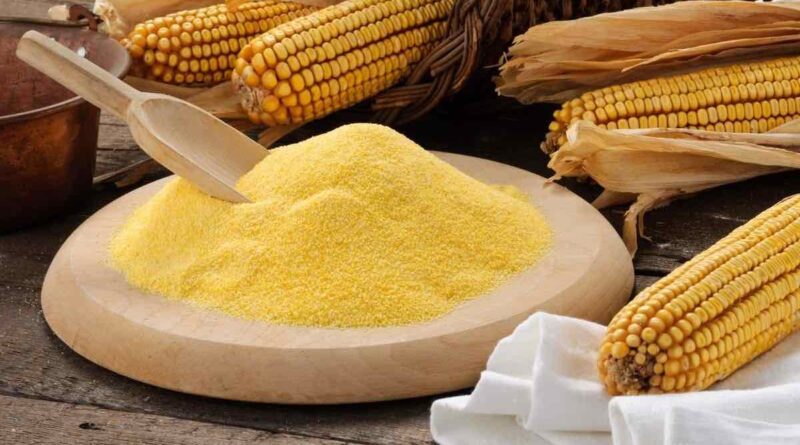 Maize (Zea mays L), also called as ‘corn’ or ‘makki’ in India, is believed to have been domesticated in Mexico about 9000 years ago. It arrived in India along with the Portuguese in the 16th century when they brought maize crop here from Europe. However, the real push to the cultivation of maize came during the rule of the British in early 19th century when they decided to develop commercial crops in India and brought maize varieties to India.

Maize is a versatile, most produced grain in the world, grown throughout the year and across different agro-climatic regions of the world.

In India, it is the third most important cereal crop after wheat and rice. Andhra Pradesh, Karnataka, Rajasthan, Maharashtra, Bihar and Uttar Pradesh are the major producers of the maize.

Maize flour is made by grinding of maize kernels. It is used to make the ‘rotis’ and also as a binding agent for pudding or ‘pakoras’. It is used as thickener of soups, sauces, stews and other such recipes.

Maize ‘makki’ is an integral part of the Indian Kitchen, with Punjab loves the ‘makai ki roti’, Rajasthan likes its Tikkar and Gujaratis like to savour ‘makai ka dhokla’.

Maize is consumed by humans and is also a feed component for the animals. These are of different types. Popcorn, Sweet corn, Flour corn, Flint corn, Dent corn and Pod Corn are some of the common types of corn.

1/6. Popcorn is rich is fiber and is low in fat. The corn gets blown-up when heated.

2/6. Sweet corn can be boiled or roasted on coal fire and added with lemon and salt for eating. It is rich lutein and zeaxanthin which are good for having healthy vision. This type of corn is high in carbohydrates.

3/6. Flour corn is made of soft starch endosperm and thin pericarp. Dried corn is ground to make flour. It is popularly called ‘makki ka atta’ in north India.

4/6. Flint corn is called so because of hard outer covering which protects the softer endosperm. It is generally grown in South America where it is also known as ‘Indian Corn’.

5/6. Dent corn is soft due to high starch content and is identified with small dent present at the crown of each kernel. This type of corn is generally used to feed the livestock.

6/6. Pod corn is a mutated form of normal corn which has leaves around the kernel. Also known as Tunicate Maize, it is found in South and Central America.

1/5. Fibre– It is common knowledge that both fat soluble and insoluble Maize flour is a good source of fiber, which helps in preventing many diseases. It prevents constipation and reduces the risk of diabetes, heart disease and stroke.

2/5. Gluten-free– Corn does not has the same gluten which is present in wheat, barley or oats. Therefore, the people who are sensitive to gluten or are suffering from Celiac disease do not have to worry about gluten in maize. It is safe to be ingested by these people.

3/5. High in Protein– Corn has about 9 grams of protein per 100 gram. Protein helps the body in growth and strengthening of bones, muscles, hair etc.

4/5. High in carbohydrates– Another important aspect of corn flour is its richness in carbohydrates, even though it is low in fats and calorific value. It has close to 75% carbohydrate content. This makes it one of the most carb-rich foods. So, if you want to add some carb, consider having maize or maize flour preparation in diet.

5/5. Rich in Manganese and Potassium– Corn flour is rich in manganese and potassium. This mineral has many benefits associated with its intake in diet. It is good for health of bone, improves fertility, reduces inflammation and boosts the metabolism of body.

Maize flour is rich in Lutein and Zeaxanthin, the two carotenoids which are responsible for giving yellow and red hues to fruits and vegetables. Both these compounds help in preventing or reducing instances of macular degeneration. These two compounds prevents the blue light from entering the retina and causing oxidative damage which could lead to macular degeneration. This makes corn flour good for eyes.

Corn flour is rich is iron, vitamin B6, vitamin B12 and folic acid which help in creation of haemoglobin in blood. This leads to creation of more red blood cells in body and prevents anaemia.

Corn flour is rich in polyphenols and fiber.  Both these components help in reducing the blood sugar levels (Type-2) and cholesterol. Addition of insoluble fiber in diet slows down process of digestion which reduces the hyperglycemia. Similar effect is also noticed with intake of polyphenols which improve insulin secretion to neutralise blood sugar levels.

It is quite common for people suffering from haemorrhoids to be advised more fiber intake and staying hydrated with intake of more water and other fluids. Dietary fiber is of two types-soluble and insoluble. Both of these types of fibers are good for our body. The soluble one dissolves in water and makes the stool smooth to move while the insoluble one helps to keep the stool move easily through intestines without causing any constipation. Since the excreta does not accumulate anywhere in the body with intake of fiber, the condition of haemorrhoid is prevented.

Corn flour is rich in multi-vitamins, especially vitamin C. Vitamin C helps the body to produce ‘collagen’, which is the main structural protein in connecting tissues. It also helps in absorption of iron which makes it good for healthy hair.

Maize flour is good for skin. It is rich in lycopene and vitamin C. These help skin health in two ways. At first, these prohibit development of free radicals in body which are generated by ultra-violet light. Second, the production of collagen in body, due to presence of vitamin C, improves elasticity of skin and reduces wrinkles.

Corn flour is a good source of thiamin (Vitamin B1) which has importance in the maintenance of brain function. It helps in synthesis of acetylcholine, which in believed to improve memory. Since 100g of corn intake can meet about 70% of recommended daily requirement of body, it become crucial for having good mental health.

Being rich is fiber makes corn flour good for intestinal and digestive health. Insoluble fiber content helps in easing out of bowels and prevents dryness in intestines. This reduces the chances of getting colon cancer.

Being rich in Thiamine vitamin, which is good for brain development, corn flour is considered good for pregnant women as well.

The people who are skinny or under-weight can gain weight with increased intake of corn or corn flour in diet. This is because of high levels of carbohydrates present in the body.

1/4. Allergic reactions– Corn flour can cause allergic reaction to some people. Its symptoms can be rashes on skin, swelling of mucous membrane, asthma, etc.

2/4. Pellagra– Corn is deficient in niacin. If your diet is overwhelming composed of corn, then it can cause pellagra. Some of its symptoms are inflammation of skin, diarrhoea, dementia, and sores in the mouth.

4/4. Bloating and Flatulence– Corn flour preparations can cause bloating and flatulence when this is digested in the large intestine.

Yellow corn is not much different from white corn. Yellow corn contain beta carotene, which converts to vitamin A during the digestive process whereas white corn does not have it. Some also believe that the yellow corn is more nutrient rich than white corn.

Cornmeal and corn flour- these two terms are used interchangeably most of the time. However, there is a little different between the two and this difference is due to the process of milling or grinding. This gives a difference in texture. Corn flour is more finely ground than the cornmeal and, therefore, the former has smoother texture than the former. This difference is used in recipes to alter texture.

The process of grinding corn kernels into fine powder is called corn flour. It has the same taste as corn grain. However, Corn starch is made by removing protein, fat and fiber components of the corn and using only the starchy endosperm. It does not have any taste.