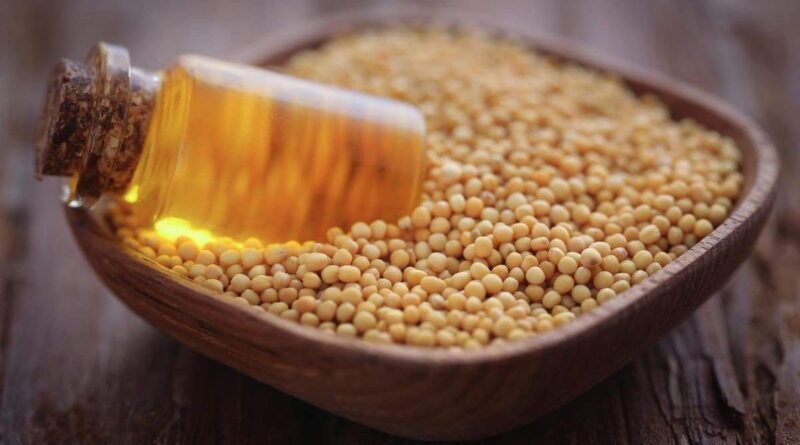 Mustard oil ‘Sarson Tel’ has been used in Indian households for many centuries. It is one of the most commonly used edible oil in the country, known for its various health benefits and properties. It is used extensively in cooking in our kitchens and also for application on body. It is also used in worship and in lighting the diyas.

Unlike desi ghee, mustard oil cannot be extracted at household level. It has to be bought from the market as it requires commercial production on small, medium or large scale. Many companies produce mustard oil in the organised and unorganised sector.

However, despite elaborate regulations, it is frequently adulterated.

Mustard oil is expensive because there is a shortage of mustard seeds as compared to the demand. This drives up the prices of seeds. Due to high demand, the producers and shopkeepers find adulteration as an easy alternative to make more money and meet the demand.

Further, the oil should be clear, free from rancidity, suspended or other foreign matter, added colouring/flavouring substances or mineral oil and should not contain more than 2 % erucic acid (as % of total fatty acids).

What is Mustard Oil or ‘Sarson Tel’ adulterated with?

Adulteration of mustard oil is done with other vegetable oils which are cheaper. These include the rice bran oil, Argemone oil, soyabean oil, castor oil, cotton seed oil and palm oil. Besides adding these cheaper alternative, there is also a tendency to mix chemical and colouring agents to the mustard oil.

To know how dangerous adulteration of mustard oil with Argemone oil can be, it is important to mention a word or two about the Delhi (India) Dropsy tragedy of 1998, which was the cause of 50 people losing their lives and caused illness to 3000 others.

The primary cause of unscrupulous elements mixing the Argemone oil with a reputed brand of mustard oil, causing epidemic dropsy (oil poisoning) in people.

Dropsy is a condition wherein people begin to have inflammation in body and the fluids begin to develop. It can also result in failure of organs, loss of eyesight, glaucoma. And it is also one of the cause of cancer.

How to detect it… Present of Argemone Oil in Mustard Oil can be checked with lab test. The sample oil is successively treated with phenol and concentrated sulphuric acid. If a deep red colour develops it is due  to  formation  of  quinonoid  compound  and  hydrolysed  sanguinarine  salt  which  indicates  the presence  of  Argemonee  oil  as  adulterant  in  test  sample.

It has also been seen that while adulteration with Argemone Oil has dropped significantly after fateful incident, the use of Rice Bran oil has been increasing for adulteration purpose. As late as 2020, in a surveillance testing of edible oils in Delhi-NCR region it was found that as many as 33% samples were found to have Oryzanol, a compound found is high quantity in rice bran oil.

Earlier it was not easy to detect adulteration of mustard oil with rice bran oil but a new technique was developed by 2004 which provided reliable results.

How to detect it… The test methodology was to mix adulterated mustard oil with benzenediazonium chloride in alkaline medium and if an orange-red colour developed, it proved presence of rice bran oil in mustard oil as an adulterant.

It is quite common for mustard oil to be adulterated with yellow butter as well. This concoction is a toxic compound and can lead to many illnesses, including gall bladder cancer. It can also affect organs like heart, lungs, kidney and spleen.

How to detect it… A simple test can be conducted to test presence of yellow butter, which is a toxic compound and a causative agent of gall bladder cancer, in mustard oil. The only thing required is a colour detection strip. If a drop of the sample mustard oil put on this strip changes in colour to pink, it is said to be adulterated with yellow butter.

The tragic incident of Dropsy deaths in Delhi brought out stark reality of adulteration in mustard oil even by well-known brands. While there was no other similar incident after that, it would be wrong to assume that adulteration has stopped. From northern to southern India, there are still cases of adulteration being reported from time to time. In 2018, the authorities nabbed producers and traders in Mohali (Punjab) for adulteration of mustard oil. Similar case was also reported from Hoshiarpur in Punjab.

In March 2020, FSSAI issued directive to all States and UTs to test samples of vegetable oils for adulteration, particularly mustard oil. The directive laid emphasis on checking for Oryzanol compound in the samples. Oryzanol is found in traces in natural mustard oil but is present in significant quantities in rice and wheat bran oils. Therefore, this was a directive to check for adulteration of mustard oil with rice bran oil.

It can be seen that quality check for mustard oil ‘sarson tel’ is not easy to do at home. The best thing which can be done is to taste it and if this does not taste good, we can safely assume some kind of adulteration and go for a laboratory test of the same.