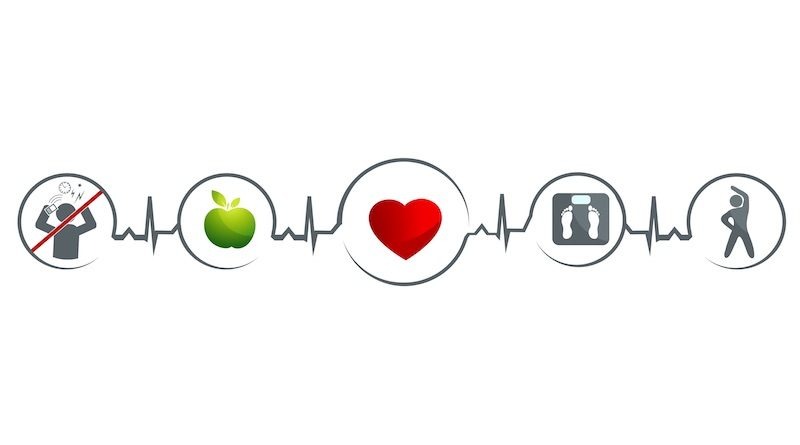 A few natural ways to help boost serotonin levels in the body… Given the evidence for serotonin’s role in the etiology and treatment of depression, dietary and lifestyle methods of increasing serotonin are potential candidates to test for their ability to prevent depression.

The primary purpose of this article is to point out that pharmacological strategies are not the only ones that can increase brain serotonin function but engaging in all these natural activities will definitely give a boost to your sagging serotonin system.

People with anxiety or depression have too much activity in a part of the brain that works as the brain’s gear changer or the anterior cingulate gyrus. These people most likely need a serotonin boost!

Tryptophan, which is a precursor of serotonin, is found in all high quality protein foods such as dairy products, meat, eggs, fish, nuts, etc. But the problem is that all those high protein foods also contain lot of other amino acids, and they compete with tryptophan.

Consuming a carbohydrate meal increases your insulin level, which tends to reduce blood levels of other amino acids except for tryptophan, which can then enter brain to form serotonin.

Simple carbs raise your blood sugar levels quickly, causing a spike in insulin, which drops quickly after a while. On the other hand… Complex carbs are absorbed more slowly by the body and therefore there are no massive insulin peaks and troughs.

Caffeine suppresses serotonin, which could also explain why it’s also a hunger suppressant. Energy drinks contain large amounts of simple carbohydrates in the form of sugar, which produce an energy-zapping low after the insulin has finished surging.

Alcohol has been found to significantly reduce serotonin production after 45 minutes of drinking (Alcohol and Alcoholism, 1991). This study found that the sleep rhythms of people who drank alcohol was significantly different from the controls, but very similar to the patients with depression, which suggest that low serotonin is the mechanism behind depression after alcohol consumption.

There is clear link between alcohol consumption and violence or other types of aggressive behavior. Aggression, commonly seen after consuming alcohol may be due to alcohol’s disrupting effects on serotonin metabolism.

Include Milk or milk products in your diet

α-Lactalbumin, a protein present in the milk, contains relatively more tryptophan than most proteins. Ingestion of α-lactalbumin by humans have been shown to improve mood and cognition, presumably owing to increased serotonin.( journal of psychopharmacology 2006).

Include Omega-3 fatty acids in your diet

Eat food rich in vitamin B6

Vitamin B6 is an important contributor in the production of serotonin.  Since Vitamin B6 is an essential vitamin that the human body cannot make, here are some vitamin B6-rich food sources: Rice bran, spinach, pistachio, turnip greens, garlic, cauliflower, mustard greens, celery, fish (tuna, halibut, salmon, and cod), poultry and lean beef.

Other important vitamins and minerals needed to make serotonin are Vitamins B1, B2, B6, folic acid, selenium, calcium and magnesium.

Eating foods that are high in protein with higher percentage of tryptophan (like quinoa, sunflower seeds and pumpkin seeds), will provide much needed tryptophan.

Theanine is an amino acid found in tea. It can enter our brain and affect our levels of both dopamine and serotonin (journal of herbal pharmacotherapy 2006).

1. Foods high in tryptophan automatically boost Serotonin. This is false. As most of the foods rich in tryptophan, an essential amino acid, compete with other amino acids to be absorbed and worked in the body’s transport system.

Consuming a lot of turkey, which is rich in tryptophan; will not automatically increases serotonin production in our body.

2. Eating a lot of banana will automatically boost Serotonin. Bananas do contain serotonin, but this serotonin cannot cross blood-brain barrier and cannot be used by humans.

Serotonin is one of the reasons why we feel peaceful and calm after sitting down for meditation, as it helps the body release serotonin naturally.

Studies from Yale and Washington University have shown that Mindfulness Meditation increases your brain’s levels of neurotransmitters including GABA, DHEA, Melatonin, Serotonin, and Endorphins.

Yoga asana exercise is one of the best methods of balancing our neurotransmitters including serotonin. Yoga practice also boosts the amount of tryptophan and this effect persists even after exercise. (Journal neurochemistry).

Exercise reduces blood levels of branched chained amino acids (BCAA), which otherwise compete with tryptophan to get into the brain (American journal of clinical nutrition 2000)

Besides Yoga Asana I recommend… Aerobic exercises, including walking, running, biking and swimming are most effective at increasing serotonin synthesis in the brain. The optimal amount of workout needed to enhance serotonin synthesis is 3 hours weekly, or 30 minutes most days of the week. Thirty minute sessions can be divided throughout the day in three 10-minute increments for the beginners.

Several studies have shown the benefits of massage in boosting serotonin. It’s not clear whether it is massage in particular, or simply physical human contact that helps.

One study carried out on depressed pregnant women, who received massages twice a week from their partners for four months, found that after the study period their serotonin levels were increased by 30%.

Another study demonstrated effect of massage on babies of depressed mothers. In the study massage was given to 1-3 month old infants twice a week for 15 minutes for 6 weeks. After the study period, the infants’ serotonin jumped by 34%.

Other studies have shown the effect of massage on migraine sufferers in reducing their headaches by boosting serotonin production.

While too much of the direct sunlight exposure can be harmful to your skin, the right balance can have mood lifting benefits.

Exposure to sunlight is thought to trigger increase the brain’s release of a hormone called serotonin, which is associated with boosting mood and helping a person feel calm and focused.

Without enough sunlight exposure, a person’s serotonin levels can drop down. Low levels of serotonin have been linked to a higher risk of seasonal affective disorder (SAD). SAD is a form of depression that is triggered in winters when adequate sunlight exposure is not possible.

You can start with two to three short walks in the morning and work your way up to doing it daily for about an hour.

Prolonged periods of physical or emotional stress can have impact on our body’s ability to produce serotonin by increasing levels of stress hormones: adrenalin and cortisol.

In today’s modern word stress in inevitable so you should find healthy ways to deal with stress once it comes your way. If confronted with Lifestyle Stress, try practicing…

Yoga and deep Breathing exercises help the body release serotonin naturally. It does so by two mechanism, firstly yoga increase the rate and frequency at which serotonin is processed in the brain, resulting in an increase in both release and production of serotonin. Secondly, regular yoga practice increases the level of tryptophan in the brain that is used to manufacture serotonin.

Researchers from the University of Montréal, Quebec found that thoughts affect our serotonin levels. With the help of positron emission tomography, researchers measured serotonin levels in people who went through positive, negative and neutral mood inductions.

So the study researchers suggested that that the interaction between serotonin and mood is 2-way connection. Serotonin influences mood and in turn mood influences serotonin production

The simplest and quickest way of changing your mood comes from the concept in cognitive neuroscience is Priming.

Please talk to your doctor if you are seriously depressed or inexplicably saddened. These strategies are not meant for serious conditions that need medical or pharmacological intervention.