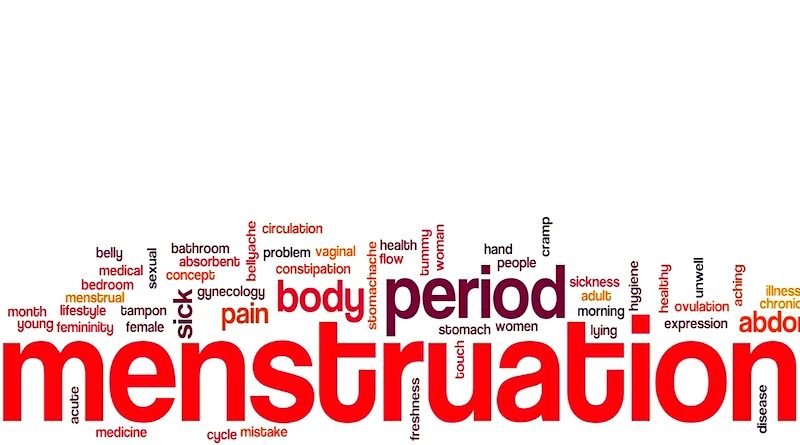 Do you suffer from painful periods?

Does painful periods (menstruation) and the resultant pain handicap you every month and prevent you from performing your daily activities? Are you desperately wondering what can be done for this condition? This article shall help you not only find a solution for your menstrual cramps but shall also clear all your queries concerning this distressing condition.

Medical term for pain during periods/menstruation/menses is dysmenorrhoea.

In young females, painful menses usually occurs without any underlying cause while, in older females, it is more often observed due to some underlying cause. When there is no obvious underlying cause for dysmenorrhoea, the pain improves with age or post bearing a child. This condition is more observed in females with irregular periods, heavy periods or whose first periods occurred before the age of twelve years.

2. Pain is felt in the lower abdomen, back or thighs.

3. Severity of the pain may range from mild to severe.

4. Severity of pain reduces with age and may stop post bearing a child.

5. Pain may be accompanied by nausea, vomiting, fatigue and diarrhoea.

6. Dysmenorrhoea is recurrent and is not caused due to any other disease.

7. Pain generally starts shortly before or when the menstrual bleeding commences.

8. Cramping pain may commence within six months to a year from the beginning of menstruation (menarche).

1. Pain may be associated with painful intercourse.

2. Mostly likely to occur years after the onset of menstruation.

3. Pain is due to some disorder in the female reproductive organs.

4. Pain is not accompanied by nausea, vomiting, fatigue or diarrhoea.

5. Pain generally begins earlier in the menstrual cycle and lasts longer as compared to the primary dysmenorrhoea. Pain may last throughout the menstrual period.

Uterine contractions are caused by a chemical called prostaglandin, which produce menstrual pains. Throughout the menstrual cycle the uterus contracts. Strong contractions of the uterus may lead to constriction of the adjacent blood vessels which obstructs the oxygen supply to the uterine muscle tissue.

Pain is the resultant when part of the muscle loses its oxygen supply and dies. During this time, there is elevation of leukotrienes, a chemical which may be associated with the onset of menstrual cramps.

Secondary dysmenorrhoea is associated with some underlying causes namely,

1. Fibroids (growth on the inner wall of the uterus).

2. Cervical stenosis (narrowing of the opening to the uterus).

4. Ovarian cysts (a solid or fluid-filled sac or pocket within or on the surface of an ovary).

5. Adenomyosis (a condition in which the endometrium breaks through the muscle wall of the uterus).

6. Leiomyoma (non-cancerous growths of the uterus which generally appear during the childbearing years).

7. Endometriosis (disorder in which endometrial tissue which normally lines the uterus grows outside the uterus).

8. Pelvic inflammatory disease (bacterial infection which starts in the uterus and can spread to other reproductive organs).

Certain women who are more likely to suffer from primary dysmenorrhoea are:

3. Females with irregular of longer duration of periods.

4. Having early menarche (beginning of menstruation).

Symptoms of dysmenorrhoea are:

2. Feeling of pressure in the abdomen.

3. Radiating pain to lower back, hips or inner thighs.

4. Mild to severe aching pain in the lower abdomen & pelvis.

Other symptoms occurring along with the menstrual cramps include

Diagnosis of menstrual cramps is made simply on obtaining the medical history of menstrual pain & performing pelvic examination. In case of secondary dysmenorrhoea, certain diagnostic test including ultrasound or imaging studies may be advised.

To obtain relieve from menstrual cramps one should follow the below mentioned tips:

3. Caffeine & salt should be avoided.

6. Alcohol and smoking should be restricted.

7. Gently massage the lower back and abdomen.

10. Heating pad or hot water bottle can be placed on lower back or abdomen.

12. Administration of transcutaneous electronic nerve stimulation (stimulates the nerves in the pelvic area and blocks pain).

Primary dysmenorrhoea can be prevented by:

3. Use of certain types of birth control pills.

Please consult a gynaecologist and/or a related doctor, if your painful periods (menstruation) bother you beyond a few cycles.