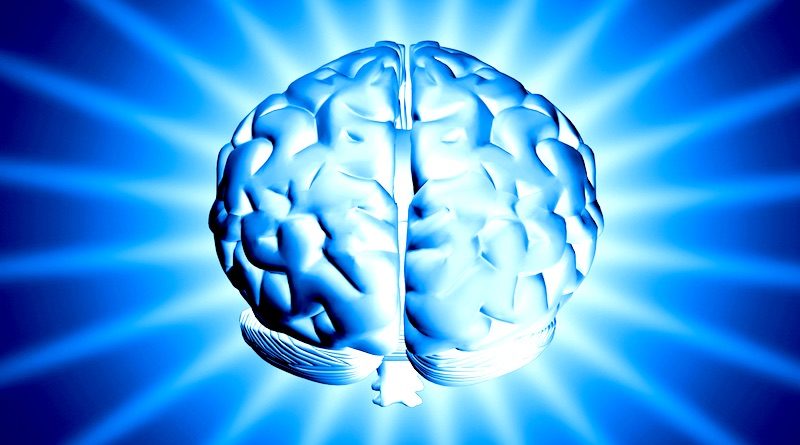 Neuroplasticity is that property of the brain, which allows it to change its structure and function, at any age.

Each of our memories, beliefs, recurring behaviors, values and personality traits are encoded in individual circuits of neurons.

Some of these circuits are inherited through genetics and some are developed and change throughout our lives. Using correct tools, any of these circuits can be ‘rewired’, even genetically inherited circuits, because of a phenomenon called neuroplasticity.

Neuroplasticity occurs as a result of… Our actions… Our thinking and imagination… Any brain injury when the brain has to rewire the neuron circuitry.

It is commonly believed that it was the American psychologist, William James, who first talked about neuroplasticity in the late 19th century. However, it was the Polish neuroscientist, Jerzy Konorski, who first used the term ‘neuroplasticity’, in 1948.

But even earlier in history, there have been researchers who studied extensively on brain changes. The Italian anatomist Michele Vincenzo Malacarne found out in the 18th century that animals that were trained intensively had a bigger cerebellum, the part of the brain that has an important role in motor functions.

The Eastern mystics, over the ages, have felt that our brain and mind evolve continuously.

Do infants and kids have an upper hand when it comes to brain plasticity? Yes, research proves so. Brain grows fast during the first couple of years of a child. By the time children are three, their brains have close to 1000 trillion synapses. Synaptic pruning or the process of elimination of synapse continues and by the time they are adolescents, half of the synapses would have been eliminated.

Also by age 3, a brain would have become 90 % of its adult size. The development in each part of the brain depends on the stimulation received during the first three years of a child’s life. So, it is imperative that a kid grows up in a stimulating and healthy environment.

Brain plasticity can be broadly classified as…

1/2. Functional plasticity: In functional neuroplasticity, the brain moves the functions from some of its injured areas to uninjured areas.

A stroke victim being able to resume his normal activity after rehabilitation is an example of functional plasticity. The brain compensates for the injury by re-organizing and establishing new connections between undamaged neurons.

2/2. Structural plasticity: The altering of brain’s physical structure is termed as structural plasticity. A study by researchers at the University of London showed that London taxi drivers who spend three years finding their way around the city by spatial methods have a bigger hippocampus (the part of the brain which plays an important role in memory and navigation process) when compared to the general population and even bus drivers.

How can Neuroplasticity Help?

Under the correct guidance, we can rewire the brain functioning and it can help…

1/4. Increase contentment and constructive thinking: Our lives are a mix of the good and the bad. Unfortunately, our minds tend to focus on the not so good experiences.

By deliberately focusing more on the good and progressive experiences, we can reduce mind’s pattern to concentrate on the bad experiences.

Over a period of time, our brain will get re-wired and start focusing automatically and naturally on the affirmative and good experiences.

3/4. Treat various psychiatric disorders: It was mostly agreed that mood disorders were mainly due to the imbalance in certain neurotransmitters in the brain. However, researchers at the National Institute of Mental Health believe that mood disorders could be genetically influenced disorders of synapses and circuits.

In the brain, synapse is the point at which electric signal moves from one nerve cell to another.

The researchers believe that the symptoms of disorders such as mood swings are triggered due to the defective processing of information along nerve cell pathways.

Further, this sustained defective processing leads to loss of brain cell and reduction in size and strength of neurons. Lithium compounds prescribed for the treatment of psychiatric disorders, along with certain mindfulness techniques, have been found to increase the size of the brain and reverse brain deterioration.

However, latest research has proved that brain pathways can indeed change and stroke victims can be trained to use different parts of the brain to take over the functions performed by the damaged part. Constraint induced movement therapy (CIPT) developed by Dr. Edward Taub proves the positive effect of neuroplasticity.

In CIPT, the rehabilitation revolves around rigorous practice with the stroke-affected side.

How to improve Brain Plasticity?

2/10. Journal: Start writing a journal. But instead of jotting down your bad moods, find something encouraging or grateful to write for every day. Keep a fixed time to write this journal. It could be either in the morning before you start your day or even in the evening after your office hours. But ensure that you write only encouraging things. Describe it in detail. Visualise it.

When you describe the event in detail, the brain can be tricked into thinking that the event is now happening at the present. When positive events constantly nourish your brain, the brain gets rewired slowly and gradually and will automatically scan for positive developments and moods in life.

Ensure that you continue this journaling at least for a month or so to enjoy the tetris effect of positive journaling.

3/10. Laugh: Laughter is the best medicine, thus goes the age-old saying. Laugh as much as you can, even if it is a stimulated one. Our body is unable to distinguish between real and stimulated laughter, and hence, both kinds of laughter are beneficial to us.

Start a laughter group in your area, if you don’t have one. Make sure that you practice your laughter exercise every day and continue it at least for 21 days. When you laugh, you forget your worries for a while. An International research team, led by the University of Oxford, found out that the physical exertion, which accompanies laughter makes the brain trigger endorphins, which in turn, promotes happiness and manages pain.

When you practice laughter exercise regularly, the brain gets re-programmed and will start looking for more of happiness and less of sadness and pain.

4/10. Positive ‘Satsangi’ Circle: Spend more time with people who are honestly upbeat. Stay away from people who are pessimistic and are constantly sad. When your mind gets used to the constant joy around it, it will automatically start being joyful and optimistic.

Studies have now proved that our brains are not hardwired. It keeps on changing till our last breath. So however damaging the thought pattern is, it is indeed possible to change it by constantly focusing on the constructive and good. This in turn, re-programs the brain to automatically scan for the joyful and positive things in life. So in short, rewire your brains and remain optimistic and confident for your life.

5/10. Exercise: Studies have proved that exercise cannot only stop brain shrinkage, but also lead to its growth. Prof. Fred Gage of the Salk Institute, U.S.A., has shown that exercise can create new brain cells in certain areas of the brain and make them survive too.

According to Art Kramer of the University of Illinois, exercise leads to neurogenesis (the birth and development of new nerve cells) in the hippocampus.

6/10. Develop an interest in music: A study by Christian Gaser of Harvard Medical School and Gottfried Schlaug of University of Jena, Germany on 20 male professional musicians, 20 male amateur musicians and 40 male non- musicians, published in 2003, revealed the following:

7/10. Eat healthy food: The researchers from the Oregon Health and Science University, U.S., after a study of 104 healthy volunteers with an average age of 87 and with few known risk factors for Alzheimer’s in U.S., found out that those with high level of trans fats had a smaller total brain volume. Trans fats are usually found in processed foods.

The study author, Gene Bowman of the Oregon Health and Science University, believes that one could stop their brains from shrinking by adjusting dietary patterns.

8/10. Learn: Dr. Bogdan Draganski of the University of the Regensburg in Germany found out that extensive learning of highly abstract information could trigger plasticity in the brain. Dr. Draganski and his colleagues imaged the brains of medical students three months prior to their exams and right after the exams.

These were compared with the brain images of students who were not studying for the exams.

During the learning period, the grey matter of the students preparing for the exams increased considerably in the posterior and lateral parietal cortex and posterior hippocampus – the regions of the brain associated with memory and learning. The researchers observed that these structural changes in the brain did not change even three months after the exam.

Studies have also shown that learning a second language increases the density of grey matter in the left interior parietal cortex.

9/10. Puzzles: Exercising your brain is one of the best ways to improve one’s brain plasticity. Solving crosswords or numerical puzzles like sudokus or playing games like tetris can ensure that your brain remains as efficient as ever. A study even found out that playing tetris leads to cortical thickening.

10/10. Juggle: Even learning to juggle leads to structural changes in the brain, using this intrinsic property called neuroplasticity.

Dr. Bogdan Draganski proved this after his study on people who learned juggling. He found out that there was a 3% increase in grey matter volume in the mid-temporal part of the brain after three months of learning the new art. The mid-temporal part of our brain plays a pivotal role in our perception of moving objects.

What can hamper your brain’s plasticity?

1/2. Depression: Depressed brains are not as plastic as the healthy ones, thus believes Prof Colleen Loo of the School of Psychiatry at the University of New South Wales. Prof Loo and her colleagues tested the study participants’ capability to use a computer mouse to keep an arrow within a circle on a screen. They found out that the learning slope of the healthy people to pick up this new motor skill was better than those who were depressed.

2/2. Navigation Apps: Is the overdependence on navigation Apps hampering our brain’s plasticity? The researchers at the McGill University feel so, after their study on GPS and non-GPS users. They found out that dependence on navigation systems such as GPS might affect hippocampus, the part of the brain that gets afflicted by Alzheimer’s disease first, leading to memory loss and spatial disorientation. Neuroscientist Veronique Bohbot of the McGill University suggests the regular use of spatial memory (remembering the routes and not depending on GPS Apps) to improve the functioning of hippocampus and to prevent age related weakening of cognitive skills.

From the belief that our brains don’t grow after childhood to the finding of Kirsty Spalding and her team at the Karolinska Institutet of the way to find the age of neurons in post-mortem tissue, the research on brain plasticity has come a long way.

The neuroplasticity findings of the future might probably signal an end to various neurodegenerative disorders and make the humankind lead a healthier life.