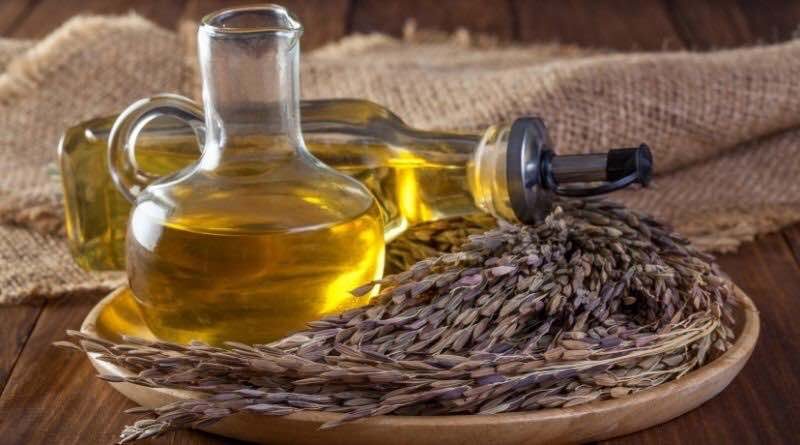 What is Rice Bran Oil (RBO) adulterated with?

Adulteration is generally done with other edible oils, such as cottonseed oil, palm oil, sunflower oil, refined groundnut oil, refined safflower oil and soybean oil which are have similar physical or chemical properties as that of the rice bran oil but are less expensive than RBO.

Apart from adulteration with other edible oils, it is also intermixed with other grades of RBO which are generally used as vansapati or for industrial purposes.

Further, adulteration can also happen with mixing of rancid RBO. This might be done intentionally or unintentionally. Rice bran oil needs to be stabilised after extraction so that it does not turn rancid. There is a good likelihood that if time has been lost, it might have already turned rancid. Therefore, adulteration might have occurred due to the presence of this rancid oil.

The method of detecting adulteration is by conducting the lab tests. The principle is based on checking the chemical composition of the sample oil and matching it with the standard composition of RBO. A deviation from the given standards is indicative of adulteration. And, the extent to which a particular compound is present or absent from the sample indicates the adulterant oil used. Generally, testing is focused on analysis of fatty acid and glyceride compositions.

A number of other methods, such as Laser Near Infrared Spectroscopy, are also used to determine the level of adulteration.

Which parameters are checked to know adulteration in RBO?

To check for rancidity in oil, peroxide value, acid value and refractive index are checked.

To check for toxicity, the presence of hexane which is used during the extraction process is tested.

To check for mixing with other oils, saponification value, argemone oil, moisture and insoluble impurities are checked.

In lab tests, presence or absence of Oryzanol- one vital compound present in rice bran oil-helps to check what it has been adulterated with. Some edible oils do not contain it. Therefore, if its percentage is low than it is expected to be mixed with refined groundnut oil, refined sunflower oil or refined safflower oil which do not contain this compound.

Likewise, when erucic acid was detected in the sample it was surely adulterated because, according to the standards, this compound shall not be present in RBO. This is indicative of presence of unrefined mustard oil since this is essentially found in mustard oil.

There is no practical way to detect adulteration at home, especially when it is adulterated with those oils which blend well with it. However, one can make use of the sensory tests to determine whether it is okay to use it or not.