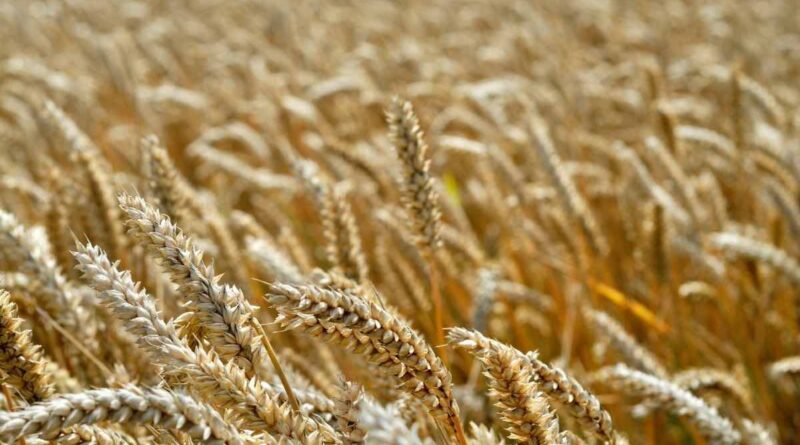 Wheat is one of the most widely consumed and second most produced food grain in the world. It also occupies largest land area of all food grains in the world.

As per archaeological excavations, wheat is believed to have originated/discovered in the Fertile Crescent area spanning Middle East region dating back to almost 11000 years back in the Neolithic Age. It reached Indian subcontinent about 8500 years ago. Ever since then, it has been cultivated in India.

Wheat is a ‘rabi’ crop in India which is sown in November and harvested in April. It is harvested earlier in some parts of the country than the others. Uttar Pradesh, Punjab, Haryana, Madhya Pradesh, Rajasthan and Bihar are the major wheat producing states in India.

Worldwide there are many types of wheat flour. In India, we adopt the practice of chewing a few wheat grains before buying to know the extent of hardness of grain. A hard grain is considered better than a soft one.

The wheat flour is categorised into following types…

1/9. Atta – This is the normal wheat flour, also called ‘chakki atta’ which we use in our households on daily basis for making ‘rotis’ and ‘chapatis’. This is a whole wheat flour which is made from the common wheat. Atta has high protein and gluten content.

2/9. Maida – Maida is another type of wheat flour which is used in making of ‘naan’, ‘bhature’, ‘samosa’ , fast foods, pastries, bread, etc. It is also used in making sweet breads such as ‘sheermal’ or ‘baqerkhani’.

Maida is typically finely ground wheat without any bran. It is made from endosperm and germ of the grain. It is refined and bleached. It closely resembles what is popularly called ‘cake flour’ in western countries.

3/9. Sooji – Also called ‘semolina’ in English, it is made from the endosperm part of the wheat only which is high in starch and is then milled to make into small granular flour. In India, this is used in making a number of dishes such as ‘halwa’, ‘rava dosa’, etc. In Italy, it is also used to make pasta. It is also added with wheat flour to give more crispiness.

4/9. Dalia – Dalia is also called as ‘cracked wheat’ or ‘broken wheat’. It is wheat flour with husk.

6/9. White Grain Flour – White grain flour is made from the refined and processed grains. It is made from endosperm and germ part of the wheat grain. The processing of the wheat grain leads to a loss of about 40% of full nutrient value of the grain. In processing, over half of the vitamin B1, B2, B3, E, folic acid, calcium, phosphorus, zinc, copper, iron, and fiber are lost.

7/9. Cake Flour – The western countries recognise cake flour as another type of wheat flour. It is specifically good for baking purposes. It is made from soft wheat flour and is used in preparation of cakes and cookies. This flour variety is less in protein and more in starch.

8/9. All-purpose, enriched white flour – Enriched white flour has been used in USA since 1941 as it was fortified with iron and B-vitamins (niacin, thiamin, riboflavin and folic acid) to impart additional nutrient to the grain. It led to eradication of pellagra and beriberi. This is made by mixing both the hard and the soft varieties of wheat. This wheat has a softer texture than whole wheat flour. All-purpose flour is an enriched grain which is generally devoid of fiber.

9/9. Multi-grain Flour – You must have seen an increasing trend toward multi-grain breads and flours. These are made by mixing of more than one type of grain. Since any one flour does not have all the nutrients in quantities required by body, multiple grains are used to add to the nutritional component of the flour.

What type of grains are to be mixed to make multi-grain flour is left to the individual. However, it is suggested to prepare multi-grain mixture on expert advice so that nutrient balance is not disturbed.

For example, multi grain flour is also used by people with specific ailments, such as the diabetics. Also, the people who are sensitive to gluten content in grain might prefer a multi-grain atta which does not contain gluten-carrying proteins.

Whole wheat is also a part of some of the different types of multi-grain flours. One combination is to make use of whole wheat, jowar, bajra, ragi, oats and soya bean.

Millets, such as jowar, bajra and ragi are loaded with nutrients and these are good for people who have problem of inflammation and pain in joints.

Another mix could be of whole wheat, chana, oat, maize and psyllium husk. High fibre, low carbohydrate grain mix is good for diabetics.

In traditional homes, wheat grain is ground to make flour using the grindstones through a labour intensive process. This practice is now limited to only rural regions of the country. Stone grinding breaks the starch sufficiently to release sweetness. It also gives it a little burnt flavour which is typical to use of this method of grinding. This method generates heat and results in some loss of starch (11-13%) and some protein too.

Wheat grain is also milled in the small roller mill or ‘chakki’ which can be found near your place. This method generates more heat that grindstones. It causes less damage to starch (5-6%) and protein than mill-stone grinding because the grain is cut into small particles.

But most of the requirement in India, nowadays, is fulfilled by mechanised factory ground atta.

The following table summaries the nutritional content of whole wheat flour per 100g.

1/4. Carbohydrates-These form the largest component of the wheat grain. This makes it good for giving energy to body because carbohydrates break down to give energy.

2/4. Protein- Protein is a macronutrient which breaks down during digestion to provide source of amino acids. Gluten is also a type of protein present in wheat.

3/4. Vitamins and Minerals, particularly B vitamins, folate, riboflavin, niacin, thiamin, copper, iron, phosphorus, and zinc are considered good for health. These are building blocks of cells, membranes, bones and DNA.

Due to high fiber content, wheat flour gives a satiation feel, which reduces our intake of food. According to a study conducted by American Journal of Clinical Nutrition on female nurses aged 38-63 years and for a period of 12 years, it was observed that weight gain was inversely proportional to intake of high-fiber whole-grain foods such as whole-grain wheat.

Whole wheat flour is helpful in regulating the blood sugar level due to the presence of magnesium and calcium in whole wheat flour. Magnesium is a co-factor for hundreds of enzymes, including the ones which are involved in use of glucose in body and secretion of insulin. Research points to the Type 2 blood sugar levels being reduced up to one-third from its high markers.

Flour made from the refined grains is believed to be the cause of increase in risk of insulin resistance and metabolic syndrome. However, the whole wheat grain flour can prevent the occurrence of all these ailments. This is possibly due to the high fiber content and low GI level.

Whole wheat flour has betaine, which is a metabolite of choline. Having diet rich in betaine and choline is believed to reduce the inflammation levels by one-fifth. A diet rich in these has shown reduction in levels of C-reactive protein, interleukin-6, homocysteine and tumour necrosis factor alpha- all of which are markers of chronic inflammation.

It has been observed in studies that choline and betaine work in tandem in the cellular process of methylation which not only removes homocysteine but also turns off the promoter regions of genes involved in inflammation.

As per a study published by American Journal of Gastroenterology, a diet rich in whole wheat products adds insoluble fiber in body and this reduces the chances of occurrence of gallstones in women by about 13% possibly due to the high insoluble fibre content in the said wheat.

Insoluble fibers speed up the movement of food in intestines, reduce secretion of bile, increase insulin sensitivity and reduce the triglycerides.

Whole wheat flour contains bran and this bran works as a laxative. A whole wheat rich diet has shown alleviation of symptoms of diverticular disease (flatulence, pain, constipation, etc) and this is of tremendous help in improving the health of colon and preventing occurrence of many ailments, such as fissures or even piles.

Wheat bran is a known anti-cancer agent. The bran has shown to increase oestrogen metabolism, which reduces its concentration in blood. This is thought to cut the chances of breast cancer.

Whole grains also contain phytonutrients such as lignans, which occupy hormone receptors. This function protect the breast against the circulating oestrogen hormones. So, bran and lignans present in whole wheat flour acts as a dual shield against breast cancer.

The whole wheat flour is also known to prevent colon cancer due to the presence of bran which impart fiber to the body and eases movement of bowels.

Whole wheat flour contains phytonutrients which help in increasing anti-oxidants in body. One of these phytonutrient is plant lignans which is converted to mammalian lignans in our intestines, including the enterolactone which is believed to be a protection against cancers and even against heart diseases.

In a Danish study published in Journal of Nutrition, women having whole wheat diet were had significantly higher levels of this protective lignan.

In postmenopausal women, it is known to slow down the progress of atherosclerosis (build-up of plaque in arteries) and stenosis (narrowing of arterial passageways).

Side Effects/Drawbacks of Wheat Flour

A few side effects of wheat flour are given below…

One of the biggest side-effects of whole wheat flour is gluten sensitivity. Gluten, present in various wheat types, may cause allergic reaction and the Celiac disease. The Celiac disease is a condition in which the intestine becomes weak and its symptoms are bloating, abdominal pain, diarrhoea etc.

People who are diagnosed with wheat or gluten sensitivity are advised to forgo consumption of grains having gluten content.

Evidence based on studies suggest that wheat sensitivity is caused by fructans, belonging to a class of fibers known as FODMAPs.

Presence of phytate in whole grain wheat creates problems in absorption of minerals such as Zinc and Iron. That is the reason why wheat is also called anti-nutrient.

In a study, it was brought out that diet rich in lectin containing grains, including wheat, might increase hunger by inducing leptin resistance. This increased hunger is the reason behind weight gain. It is good to have balanced intake of wheat flour.