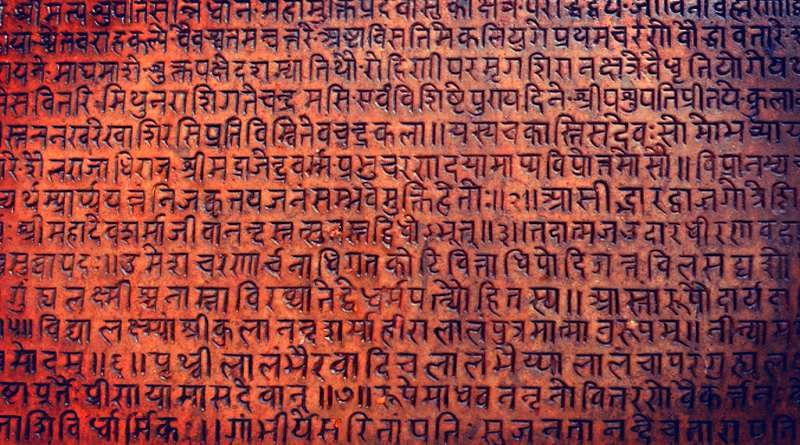 Unfortunately… Sanskrit, as a language, is losing its hold NOW

Yoga is an integral part of Hindu religion. When one says Hindu religion, one does not speak about the Hindu religion that saw its revival during 15-18th century but of a Vedic period. A time when Sanskrit was the dominant language hence you can feel and read the influences of Sanskrit on Yoga. The mantra and instructions for yoga were coded in Sanskrit.

Though there have been translations into the different regional ‘vernacular’ languages, Sanskrit has kept its association with Yoga, as we know it. The association would not have been an issue had Sanskrit remained the flavor of all languages. Unfortunately, time – the cruel master, is making Sanskrit obsolete.

Life is a continuous flow. Nothing is permanent… As a matter of fact, out of more than 1.25 Billion plus of India’s population, only 24,821 call Sanskrit their native language. (Census 2011).

The near unfortunate antiquation of Sanskrit has given rise to a trend wherein any Yogi pontificating in Sanskrit is instantly regarded as the 24 Karat pure motherload of knowledge.

Quickly realising the benefits, the yoga teachers have begun to use smattering of Sanskrit phrases in their classes. But is that really necessary to learn yoga? Would Yoga become less of a yoga if all you know were just “Om” and/or “Namah”?

The wonder of Yoga is – Though a structured flow… it is flexible.

Hence, we have Hatha Yoga, Patanjali Yoga and Kundalini yoga etc – all with the objective of attaining the elevation of mind. So let go of perfectionism. A perfect ‘yoga’ does not require a knowledge of Sanskrit. All that is required is the right asana ‘pose’, correct breathing technique, the philosophy… The yogic way of living life.

Trikona asana or Vashishta asana may slip out of your tongue glibly, remember the hapless students who are not in the know-how of Sanskrit. Instead of such quaint words supporting the sessions with normal words like Triangle pose or Side plank may lead to greater understanding . After all, when in Rome, be Roman. There is no point in using Sanskrit where the receptor is not tuned into your wavelength.

Adaptation is the Key

This is the basic Mantra for Sun Salutations

In the present day 21st century, how many are aware of this mantra let alone chanting it with correct intonation?. Imagine, a punk mouthing Bieber chanting this. The poor, ignorant soul may probably end up saying, “Yeh dil maange more, ah- ha!” Ouch!

Yoga is much more than just a few Shlokas

Yoga is primarily sharpening of mind, creating heightened awareness of the basic philosophy, the senses, centering the inner chakras and elevating the mind and body for an exalted feeling. One needs this to be a process of day to day living, a strong focus and will to achieve this state.

Teachers… Instead of insisting on uttering Sanskrit and thoroughly confusing the individuals, let’s adapt to the change and blend with the changing world. Please do not make things difficult for the average practitioner by using your understanding of ‘Sanskrit’.

Yes! It would be the icing on the cake if one learns Sanskrit, to understand the depth of the scriptures, to take the practice deeper.

A writers note: For the sake of convenience, I have used yoga as a reference to the yoga I experienced in THAT yoga ‘asana’ class. I have not tried to touch upon the depth of the true essence of yoga in this short article.